1. Why doing it right to left?

A: I came from Taiwan where we do it right to left (asian way) I got used to its workflow so I decided to do most of my work Right to Left.

A: It’s a series that I started working on since year 2000. Originally it was inspired by a visionary book by Rick Joyner, “The Final Quest” and later the development is based more on one line: “You can’t serve God and Money. One person can’t have two masters”  That’s when 2Masters got it’s official title.

That line can be interpreted into a lot of things, either religious, or take a philosophical approach.
It depends on what the person truly value at the time they make the decision, do they want to go for something more tangible or more moral/spiritual?
Such beliefs alone can divide people, and conflicts are created.
Money is something everyone think about all the time like it’s water for some tribes. Money is resource, just like people.
But whether the person view the resource to be more important than quality of life, or the other way around, that changes their actions.
And this conflict, from the past to now really hasn’t stopped, so I dub it as a war that never ends.
A war in our minds that never ends, and people switch sides all the time.
Sometimes I feel like a Mamon in my story, sometimes I feel like a Yehweh.

2Masters is heavily inspired by Christian Culture which I find fascinating.

I practice the faith along side with my parents but not without my own questions to ask.

An endless war between two eternal masters, a human can be an angel or a demon, all it takes is a change of heart. 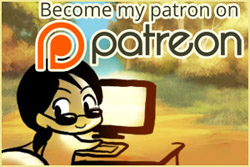